Cyclists and moped drivers may use the pedestrian crossing, but the cars have no obligation to give way to them.

The easiest way to avoid misunderstandings and accidents is to seek eye contact with the pedestrians.

However, you should not wave the pedestrian over, as this creates a false sense of security, especially if there are multiple lanes. If you wave them over, the pedestrian will perhaps relax and assume that the whole road is clear, and then there is a car coming fast in the other lane with no intention of stopping.

Some words used in connection to bicycle passages may seem unclear (“adapt your speed”, “not cause a danger”, “an opportunity to pass”). The lawmakers want to avoid saying that you have an obligation to give way, since this could give the cyclists a false sense of safety. The fact that car drivers and cyclists have far-reaching obligations towards each other is intended to increase safety.

Everything said about cyclists in the sections about bicycle passage, bicycle crossing, and bicycle path also applies to drivers of moped class II.

If you turn right, you will cross a bicycle passage. Because you are turning, you have greater obligations towards cyclists. Reduce your speed and give cyclists an opportunity to pass.

You are approaching a bicycle crossing. You have an obligation to give way to cyclists.

Clarification about crossing a bicycle path

Am I supposed to stop and check the municipality’s detailed plan at every junction?
– No, the best thing to do is to act in the safest manner. Reduce your speed and let cyclist cross the road.

If you turn right at the red arrow, you will cross a bicycle path according to the municipality’s detailed plan. You have an obligation to give way to cyclists. Note that this is a small entry road. It is not a regular junction. 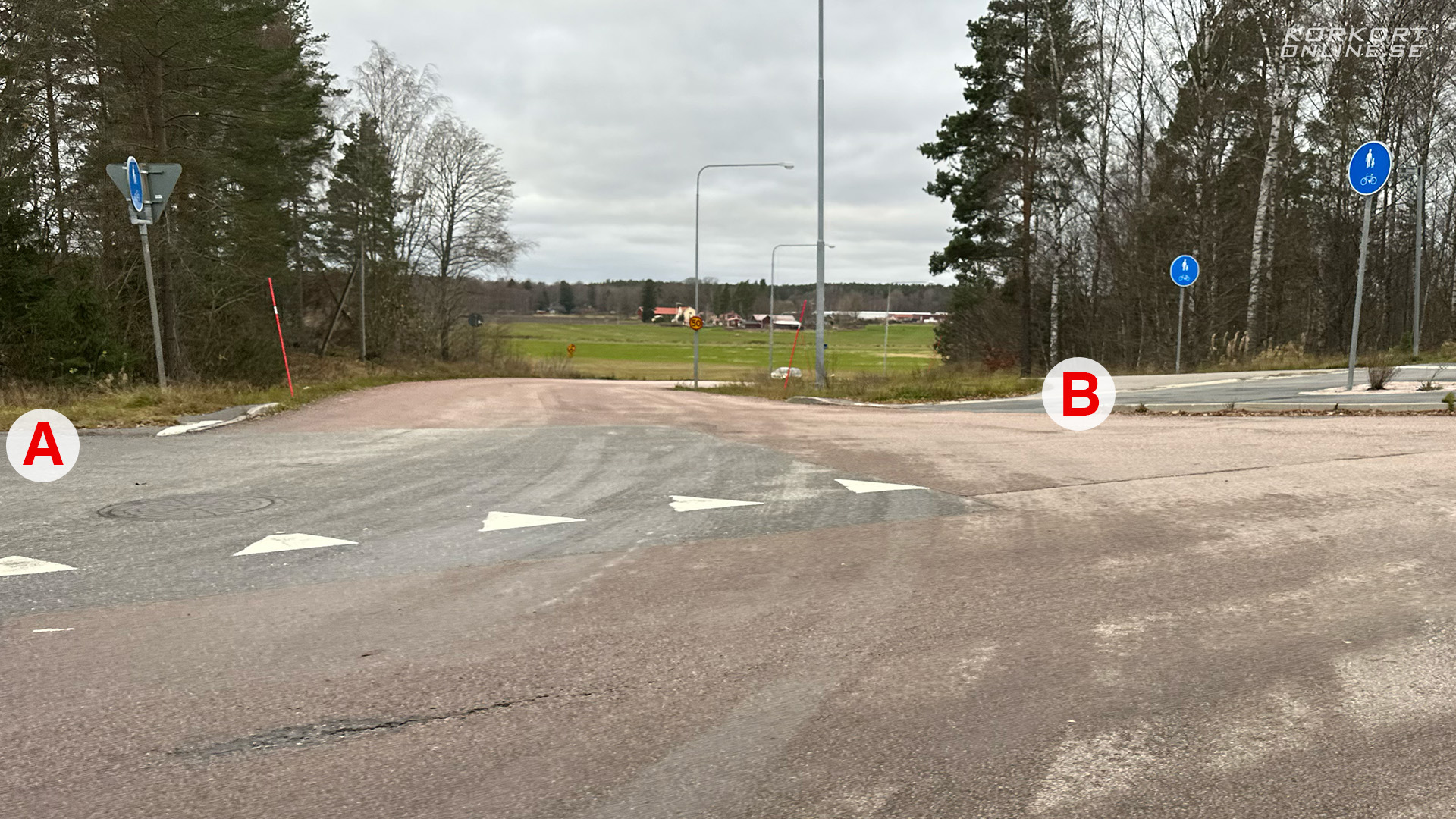 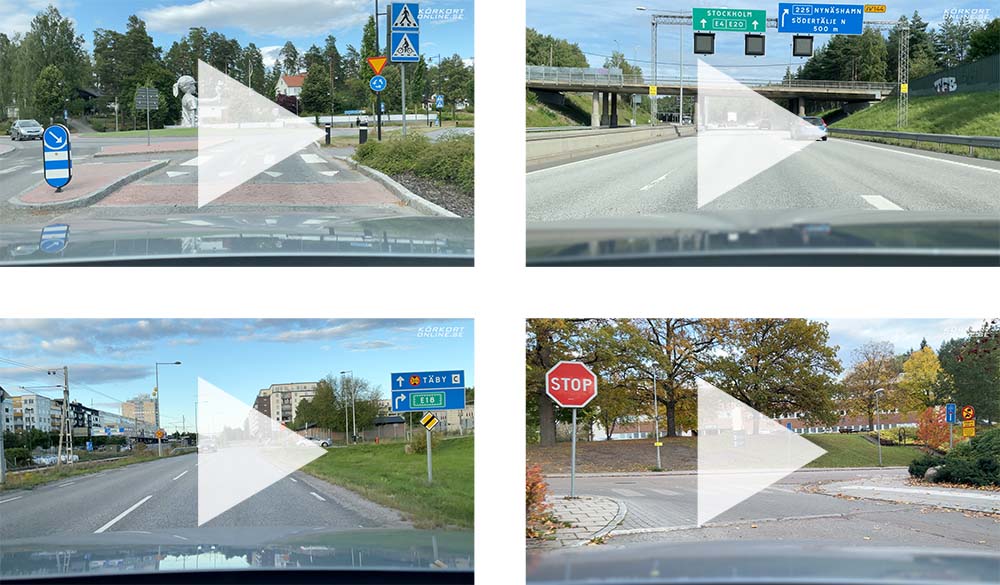