These areas are crumple zones, which means that they are made to crumple in the event of a crash.

Why should they crumple? Is it not better for them to be very hard?
– No, compare with jumping from a roof. You want to have a soft mat underneath to catch you. The same thing applies to a crash – without soft crumple zones, there will be a dead stop, which means that your body is subjected to extreme stress.

Note, however, that the crumple zones are not too soft, as this would lead to you being crushed in the crash.

The sides are more vulnerable as the surface for absorbing the crash force is much smaller. Car manufacturers attempt to solve the problem by inserting special pillars which distribute the crash force and by installing side airbags. 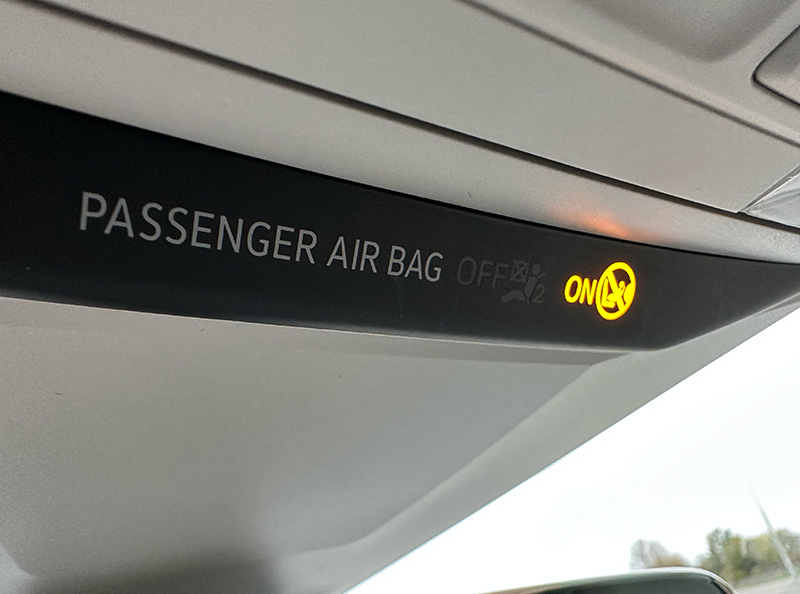 Disconnect the airbag if a child safety seat is used on the passenger side.