Humans are designed to walk and run. Driving a car is unnatural for us, as the speed is very high (compared to walking) and our bodies are not made to withstand the impact of a collision.

There are three main causes of traffic accidents:

The same group, around 15% of the population, are involved in 50% of all accidents. The characteristics of this group increase the risk of accidents, for example, they:

What to do in the event of a major accident

Do not approach lorries marked with signs indicating dangerous goods. Such cargo can be lethal if there is a leak. There may also be a high risk of explosion.

What to do in the event of a minor accident

You should keep an insurance claim form (provided by your insurance company) in your car. If you do not have one, write down:

If the object you have damaged is a road sign, you must immediately try to restore it. If you are unable to, contact the police and warn other road users.

Greatest risk of wildlife on the road

Accidents involving moose are the most dangerous type of wildlife accident. The reason is that the body of the moose, which weighs around 700 kg, is at the height of the windscreen of the car. In case of a head-on collision, there is a great risk of the moose ending up inside the car, injuring the passengers.

Once a moose has started crossing the road, it will in all likelihood continue straight ahead. It is therefore best to go behind the moose, if you have to choose which way to swerve.

What to do if you hit a large animal

The warning stretches 800 meters from the sign. However, that does not guarantee that the road is free from animals in 850 meters!

Clarification of “over 50 km/h” 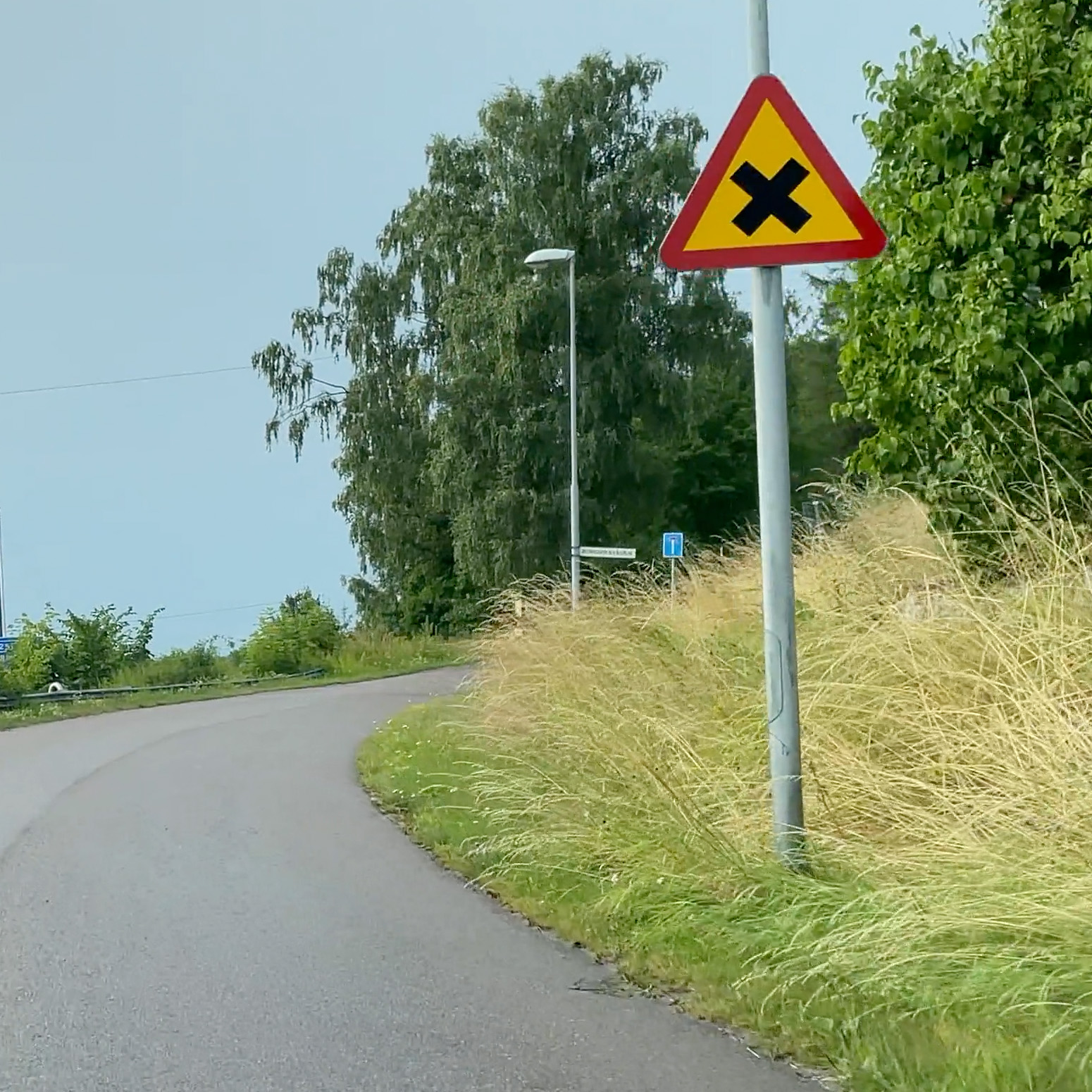 You are warned of a junction where the priority-to-the-right rule applies.

High level of safety in Sweden

Sweden ranks very high among countries when it comes to traffic safety.

In the United States there are around 40,000 traffic deaths per year. Adjusted to population, that number is almost six times higher than in Sweden.

Number of deaths according to accident type

A few words on statistics

The driving licence book involves statistics that may feel like unnecessary knowledge. However, there is a reason for the statistics. For example:

Why do I need to know that 40% of those killed in traffic did not wear a seatbelt?
– The aim is to make you realise how important the seatbelt is. You can also use that number if a passenger claims that the seatbelt is “unnecessary”.