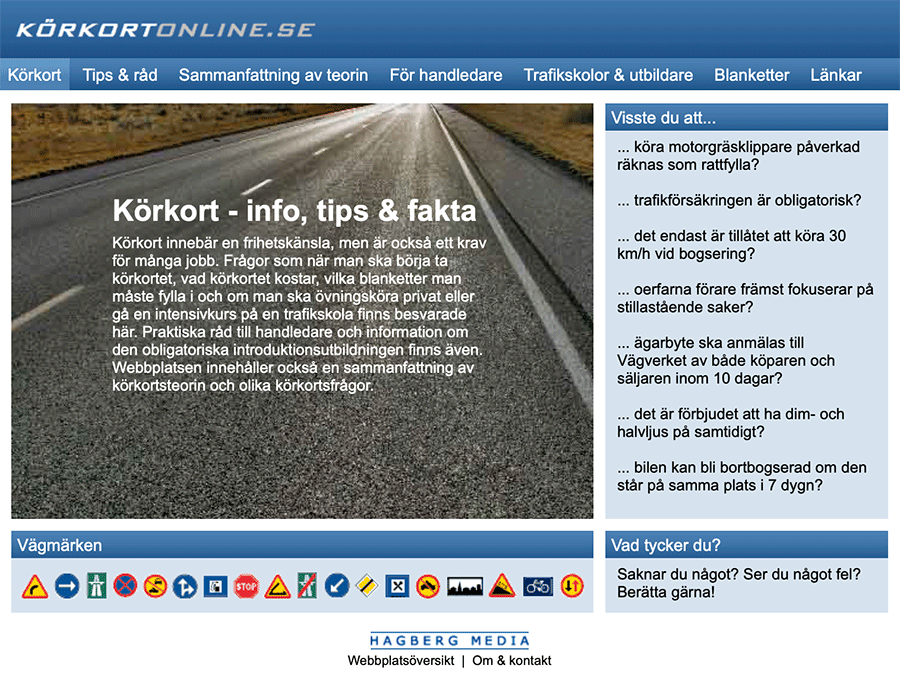 Körkortonline.se was started in early 2007. The facts and theory sections were established from the beginning. The differences from the information provided by the authorities were linguistic and structural (special rules which affect a select few were not included).

Since then, more sections have been added. The driving licence theory questions are the website’s most valued feature and the forum is a good place to get answers to your questions about complicated traffic rules.

Körkortonline.se has grown without the use of traditional marketing. The focus has instead been creating good content which encourages visitors to spread the word.